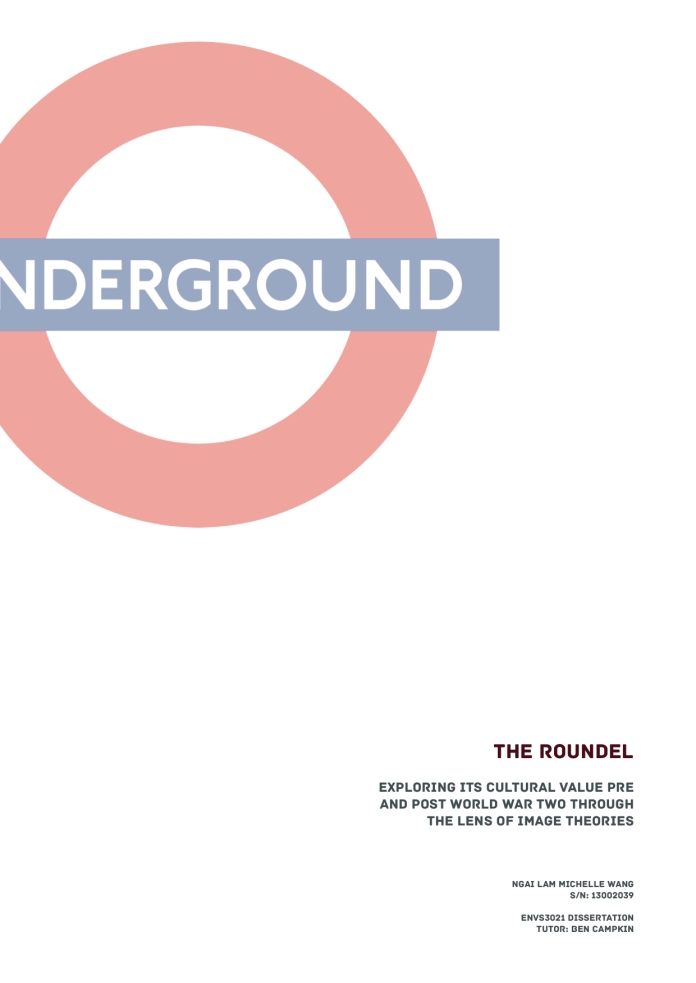 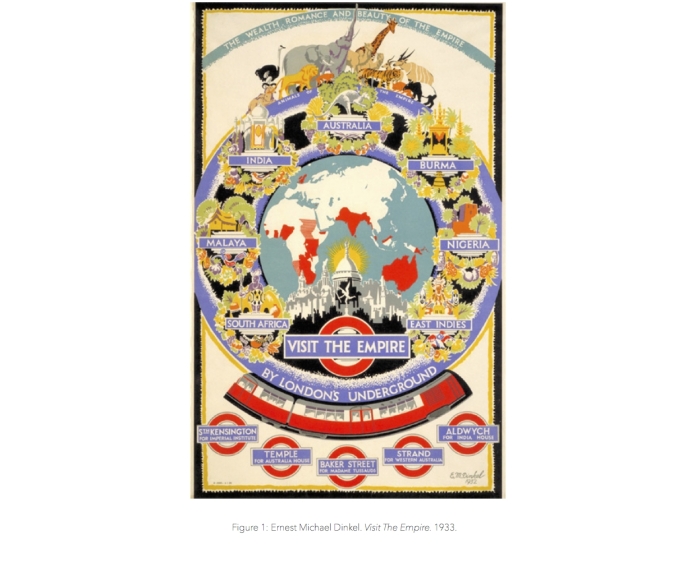 “… The simple blue circle and red bar has somehow become synonymous with the city of London. It is true that the design of the roundel has entered every aspect of life in London. The importance of the roundel is undeniable to the his- tory and culture of the city, as is the London Transport system itself. From early station signs, poster art, to the mass production of cultural mer- chandise, the roundel has fully in ltrated the city of London, and every Londoner’s life for the past 100 years. It is no longer considered as a mere symbol, but an integral part of the city….”

“The two specific posters chosen both incorporate the roundel in some ways, and are from two different moments in British history, allowing a time and site specific analysis of the roundel. 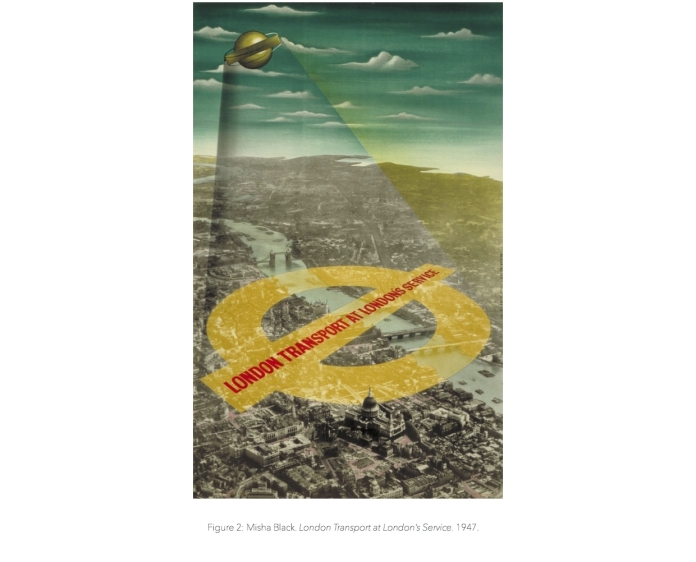 The first poster is Visit The Empire by Ernest Michael Dinkel, commissioned in 1933, and the second poster is London Trans- port at London’s Service by Misha Black, commissioned in 1947. Through this comparative study, I hope to not only further explore the cultural significance and implications of the roundel, but also to draw attention to aspects of it that has not been previously discussed3. The agency, and the power to be appropriated are often topics left behind when narrating the history of the roundel. This presumed passiveness of the roundel results in a rather one-sided and straightforward narrative, such as Lawrence’s simple chronological account. By incorporating key ideas from picture theories including the idea of “myths” from Barthes and “inscriptions” from Latour, this paper aims to provide a new perspective on the history of the roundel, and thus its cultural value as result…”